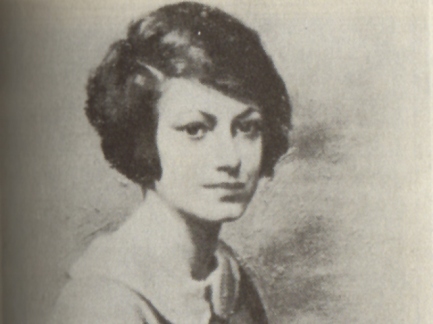 10/21/20 Update: Dorothy Parker’s ashes have been laid to rest in NYC, and the journey is so interesting: https://www.newyorker.com/culture/culture-desk/the-improbable-journey-of-dorothy-parkers-ashes

I became drawn to Dorothy Parker in my late twenties. I held a certain kind of misery at that point in my life, and found a kindred spirit in Parker. In her stories and poems, she had open contempt regarding her many affairs. She entertained the idea of suicide. She did not hide her disdain in general, and although many considered her a humorist, let me boil it down for you: her words could be very unkind. Naturally, all of this makes her even more appealing to me.

She was a poet, a playwright, a writer of short stories and movie scripts. She was fired by Vanity Fair, as her theater reviews proved too harsh for powerful producers of the genre. Her colleagues were men – writers like Robert Benchley and Charles MacArthur. She was one of the original members of the board of editors for The New Yorker.

She was an activist who would eventually be vilified along with many other creative minds during the McCarthy Era. She was on the original Hollywood Blacklist. When she died at the age of 73 in 1967, she left her entire estate to the Dr. Martin Luther King, Jr. Foundation.

Consider the time in which she lived her heyday. She approached her thirties during the time of Prohibition, a time when the populace of this nation rebelled; a time when the written word fed the imagination. She was famous on many fronts simply for having the ability to crack wise, and her constant feed into the cultural lexicon of the day only proved time and time again that this reputation was earned. In the 1920s alone, she published around 300 poems and free verse, releasing the first volume of her poetry in 1926 entitled Enough Rope. This is the work that cemented her talent for dark humor into the minds of the American public.

I love Dorothy Parker for her acid wit and brutal honesty; I love her for not taking shit from anyone. Her words are somehow relatable to me, even in their perceived harshness. I read her stuff when I need to remember my own misery, and then, laugh about it.

(To read Dorothy Parker’s 1967 obituary from the New York Times, an excellent explanation of her character and writing, click here.)

You can’t teach an old dogma new tricks.
—
The cure for boredom is curiosity. There is no cure for curiosity.
—
The best way to keep children home is to make the home atmosphere pleasant – and let the air out of the tires.
—
It serves me right for keeping all my eggs in one bastard. (On recalling an unwanted pregnancy)
—
All I need is room enough to lay a hat and a few friends.
—
You can lead a horticulture, but you can’t make her think.
—
I’d rather have a bottle in front of me, than a frontal lobotomy. (Unfortunately, Parker’s abuse of alcohol in her later years deeply isolated her.)

This is not a novel to be tossed aside lightly. It should be thrown with great force. (A review of Benito Mussolini’s The Cardinal’s Mistress)
—
She runs the gamut of emotions from A to B. (This comes from a review of a performance by Katherine Hepburn in a stage play – at the time Hepburn was referred to by many as “box office poison”.)

Razors pain you; Rivers are damp;
Acids stain you; And drugs cause cramp.
Guns aren’t lawful; Nooses give;
Gas smells awful; You might as well live.

My land is bare of chattering folk;
the clouds are low along the ridges,
and sweet’s the air with curly smoke
from all my burning bridges.