I do Thanksgiving. I have prepared pork, poultry and game bird alike, to include a bacon covered turkey in ’07 and an ill-conceived pheasant dish back in the late 90s somewhere (a massive fail). In the early years of my marriage, I executed an overnight turkey brine at a state park outside of McGregor, Minnesota. It was roasted in the depths of a fire ring oven fashioned from kiln bricks and foil. Best turkey ever. The ex-husband’s all-time favorite is City Ham, a chunk of meat coated in crushed ginger snaps, mustard, and bourbon.

The sides are a part of my ongoing culinary adventure. Roasted marbled potatoes with garlic confit by Keller; the best mac ‘n cheese in the world pulled from Saveur many seasons ago; devils on horseback from Nom Nom Paleo, and multiple approaches to the stuffed mushroom. I rarely do the same thing twice. 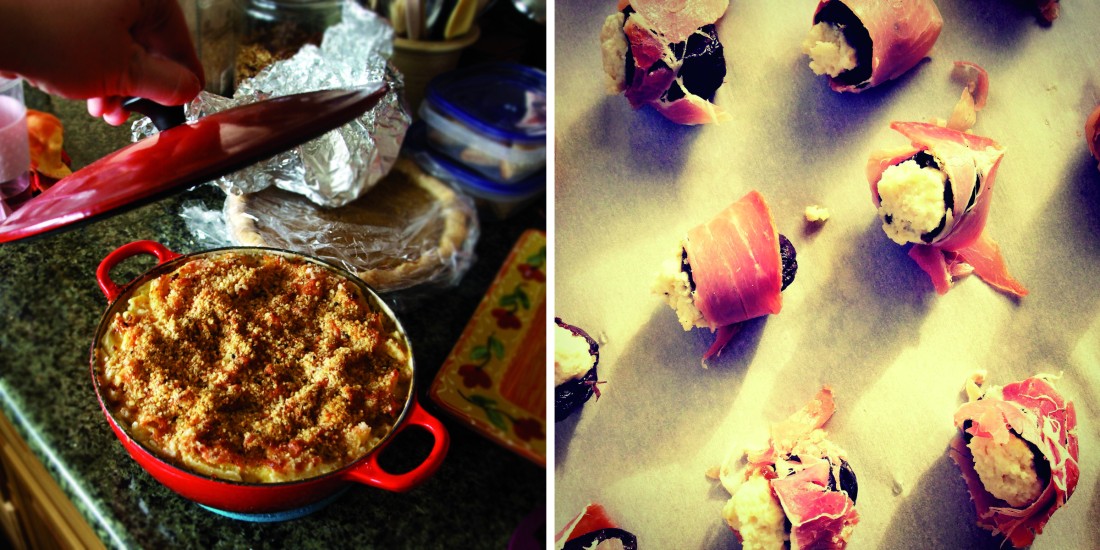 Not wanting my experimentation to lose momentum, I have always envisioned seafood as the main course. I crave digging into my adopted Pacific Northwest roots by throwing an entire salmon onto the table, but my picky ex simply wouldn’t have it. There were times when I was able to cajole him into a “yes” when it came to trying food that he thought he didn’t like. The fact that he now makes and eats kale chips is still a major victory. But salmon for Thanksgiving? Just… No.

I finally realized a few years ago that my holiday meal aspirations were being derived from the wrong locale in the patchwork of my upbringing. While I was born in Washington State, I was raised in other places. These include Missouri, Texas, Illinois, and Minnesota. Throw in some more Washington here and there (7th, 8th and 9th grades, and most of my twenties), add Korea, Spain and Germany, and you’ve got the whole shootin’ match. I needn’t look any further than Spain for guidance on delivering the fruit of the sea to my Thanksgiving table.

Beyond the appeal of shellfish, when I eat paella, it conjures visions of my adolescence. My time in Spain was hosted by the US military – as a dependent. I was a teen-aged kid living in one of the best places on the planet. I was surrounded by good people (some of them, I still know), and rich cultural experiences. 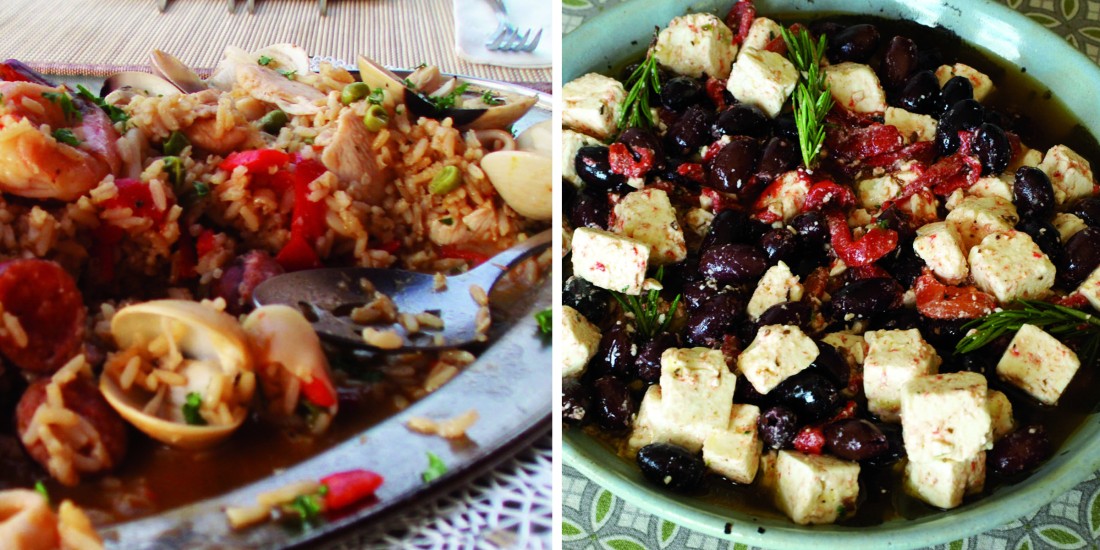 Lucky for me, my parents wanted to see the country and they insisted on dragging me along. It was great. We toured around with real intent – exploring small towns and tourist destinations alike. Along the way, we ate amazing food. I could not get enough paella or calamari in my life, but that is truly the tip of the culinary iceberg when it comes to Spanish food. Tapas are simply trendy here in the US, but they are a staple in Spain – and I have to say, a genius way to eat. Comprise your entire meal of small dishes, exposing your palate to a litany of flavorful variety?

My memories fondly include Thanksgiving meals at Monasterio de Nuestra Señora de Piedra (Monastery of our Lady of Stone). Located in the northern part of Spain, we would stay there a couple of nights and celebrate Thanksgiving with both Spanish and American diners. The food and the place are burned in my brain.

When I think about my family’s traditions, it is more about trying new things than it is about meeting expectations for sameness. But if I pull this paella off, who’s to say that my Thanksgiving won’t someday evolve into a long table full of guests gazing upon all the best that Spain has to offer? Thanksgiving could be my annual ode – tortilla, boquerones, patatas bravas, chorizo, sheep’s milk cheese, croquetas, jamon – a table full of food memories that exists to create new ones.

I am sure I can sneak some salmon in there somewhere.